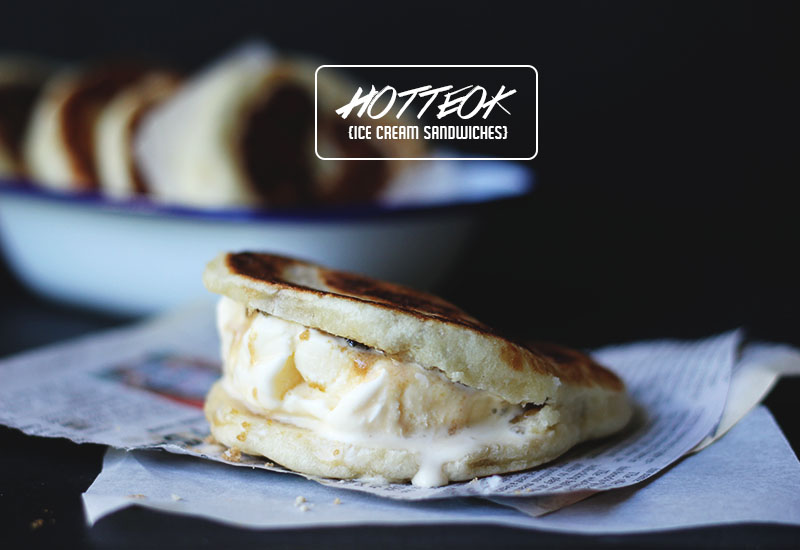 I give you; the Hotteok. 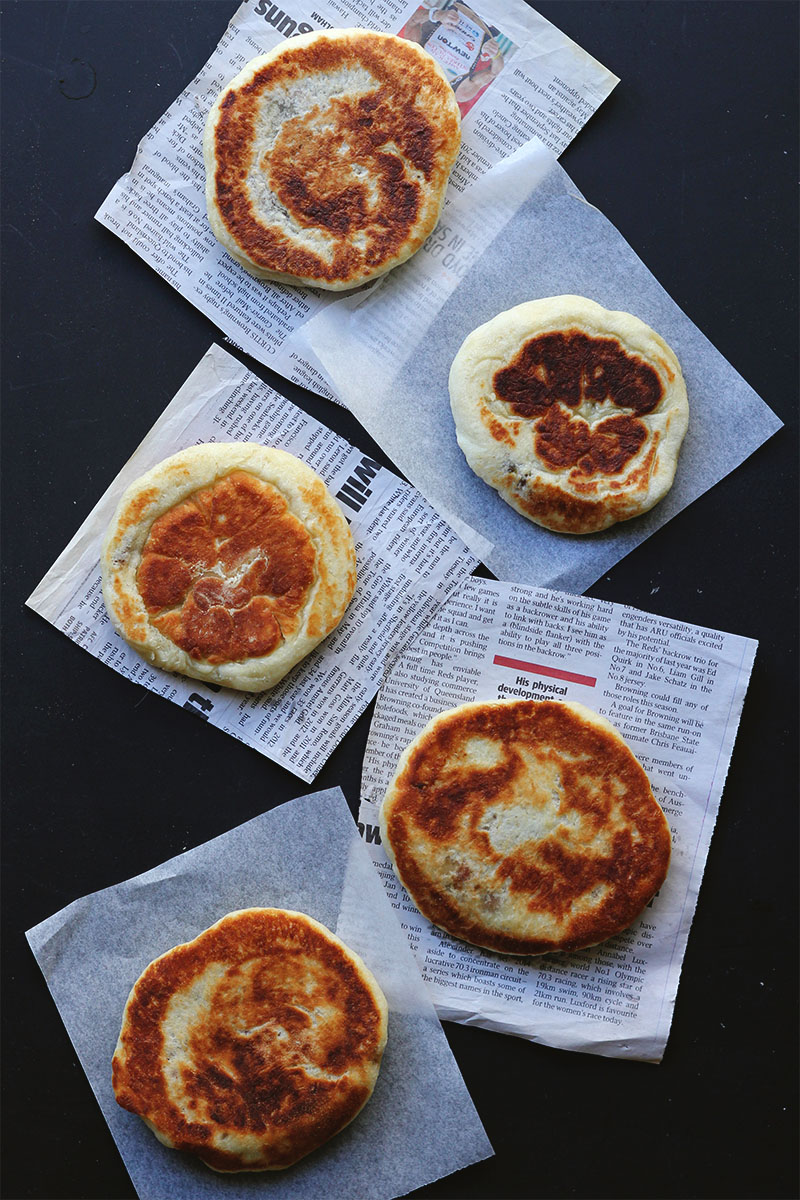 Hotteok is a Korean street food. As usual I feel like I need to jump in here and tell you that I’m not Korean, and I have only ever spent one night in Korea on a layover. So I have zero ability to tell you whether or not this is a perfectly authentic Hotteok.

But a girl can only see so many mentions of crispy, brown-sugar and peanut filled yeast pancakes before she has to throw caution to the wind and just make some! 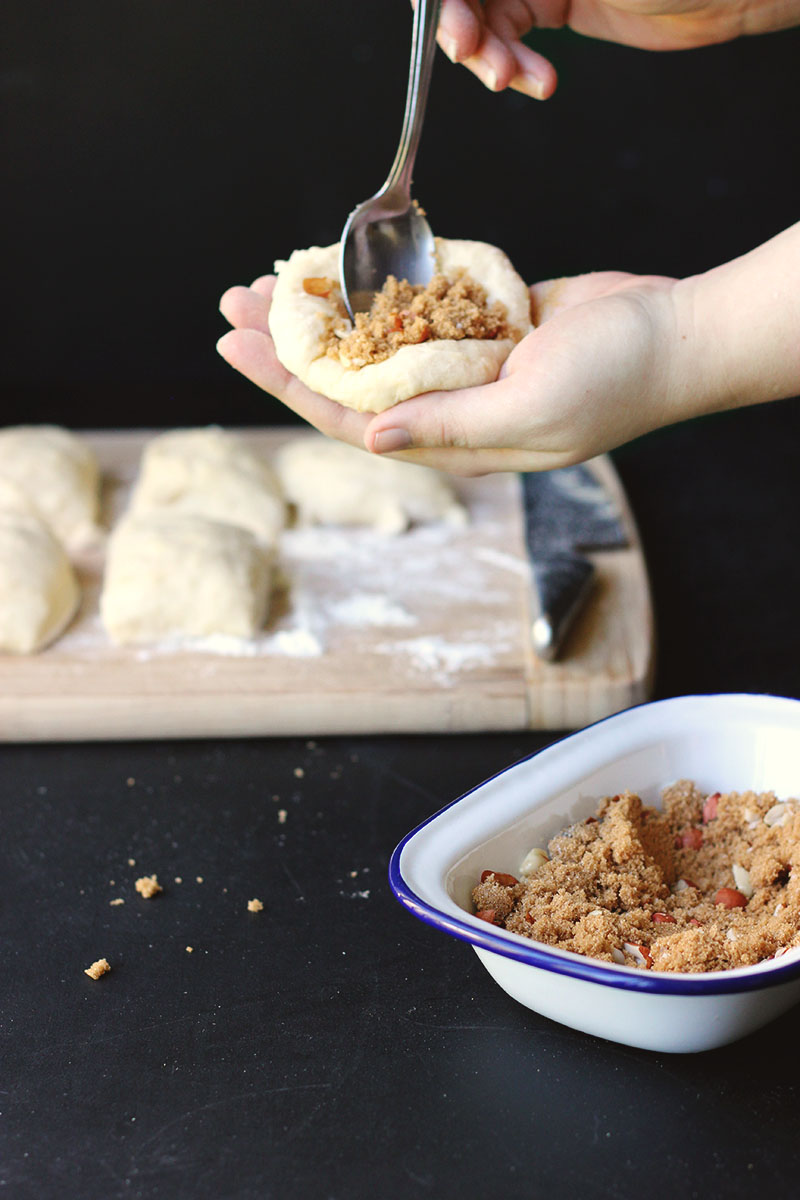 They’re so easy to make too! The pancake is made from a very simple dough which comes together in 2 minutes flat, and then once that has rested, they are filled with a mixture of brown sugar, chopped peanuts (or any kind of nut, I think sesame seeds would be awesome) and a little salt.

The dough is wrapped around the filling, and then the pancakes are gently cooked in a hot pan, with just a tiny bit of oil. 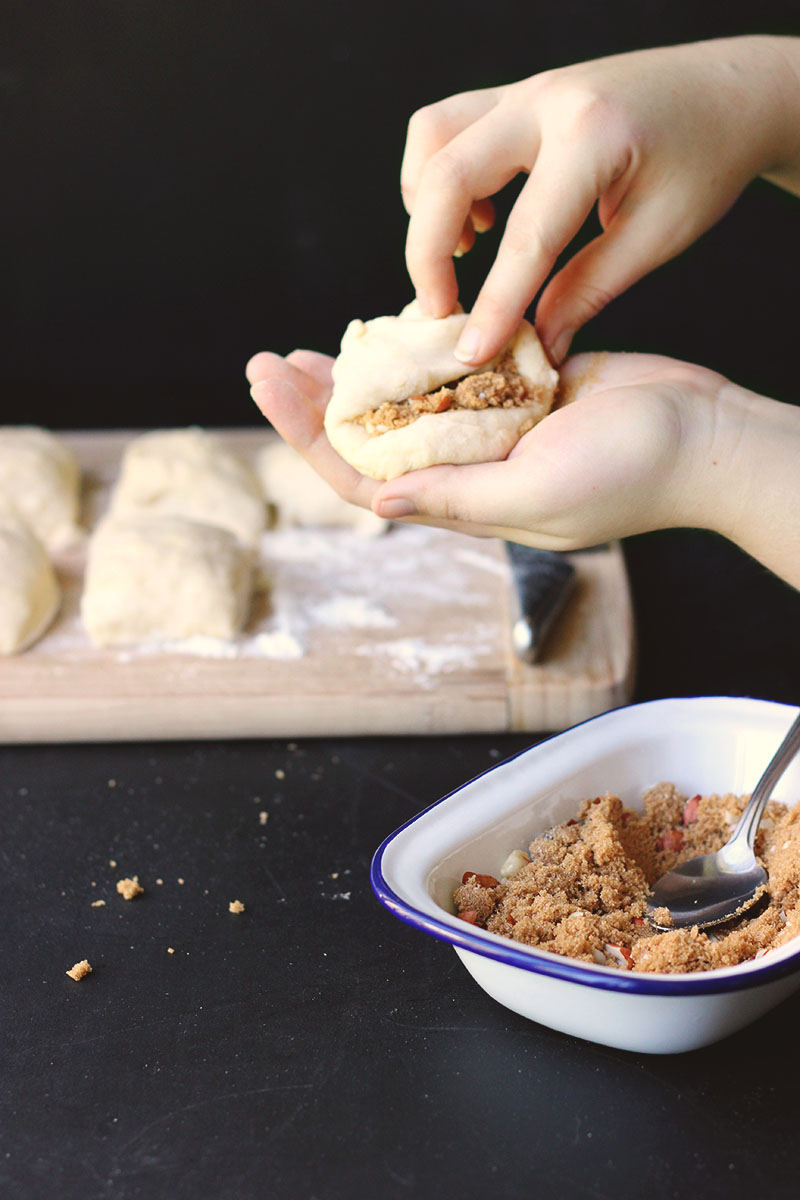 The most important step is to let the little Hotteok’s cook on the seal side for a few seconds before flipping them over and flattening them out, as much as you can. This is what produces the signature, wide and flat Hotteok, and it also gives you the best balance of crispy outside, gooey filling, and thin, chewy dough.

And just on it’s own like that, man is it delicious. 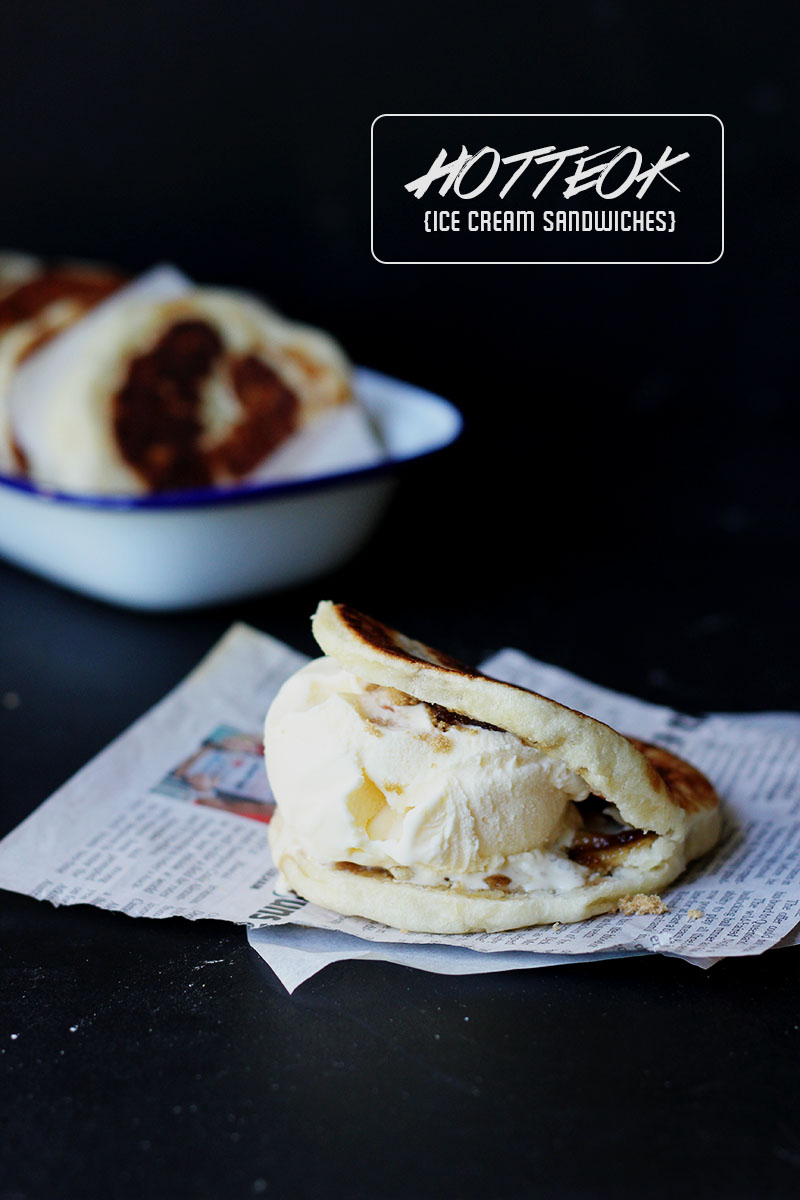 I can totally understand why people on the chilly Winter streets of Seoul would gravitate to these little pancake-donut-cinnamon roll hybrids. They are completely comforting and would definitely warm you up from the inside out. Perfect with a hot coffee.

But I am not on the chilly streets of Seoul. 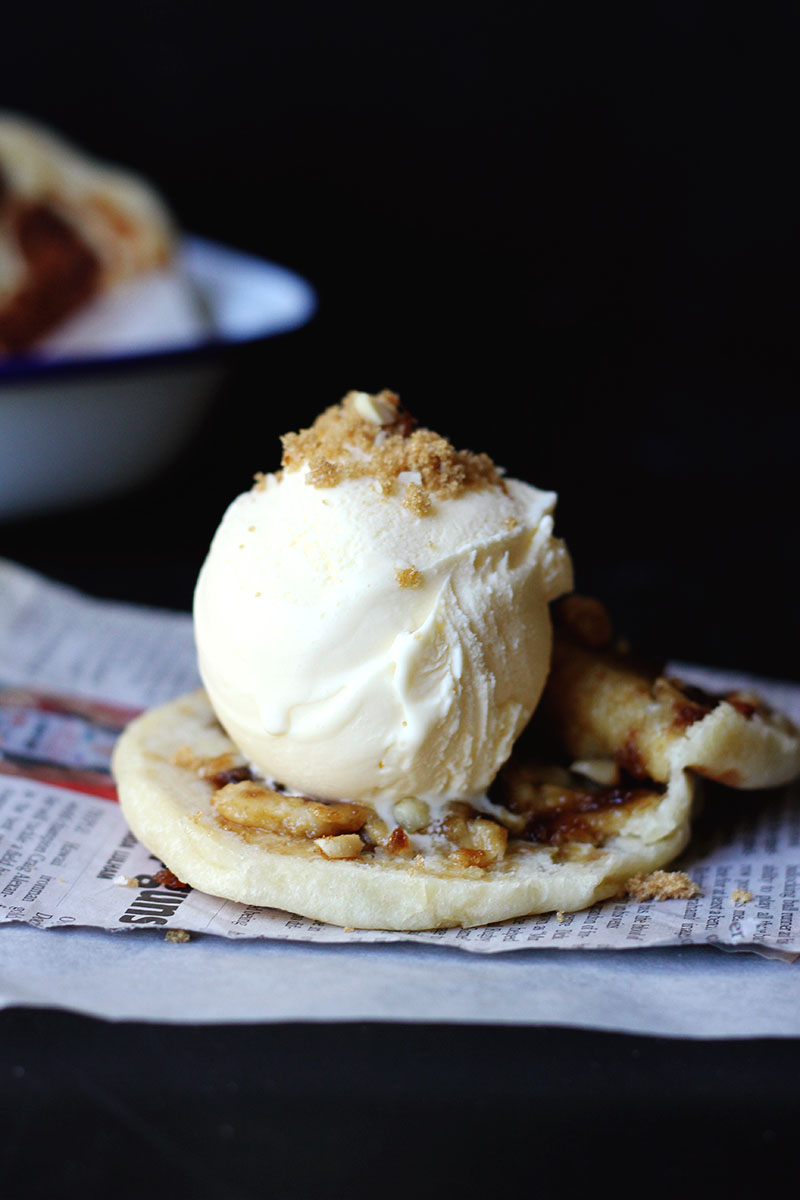 And in Brisbane (where I am) it just never gets that cold, even in Winter. So I really couldn’t help myself from thinking…ICE CREAM SANDWICHES! That chewy-doughy crust, the gooey nutty filling, and the creamy, cold, rapidly melting ice cream together? UN-FREAKING-BELIEVABLE.

Hotteok ice cream sandwiches. Messy, but delicious. I heartily recommend you give these a go – I think they would be an amazing afternoon snack for kids too (obviously without the ice cream). So, Street Food Mondays, what do you think? 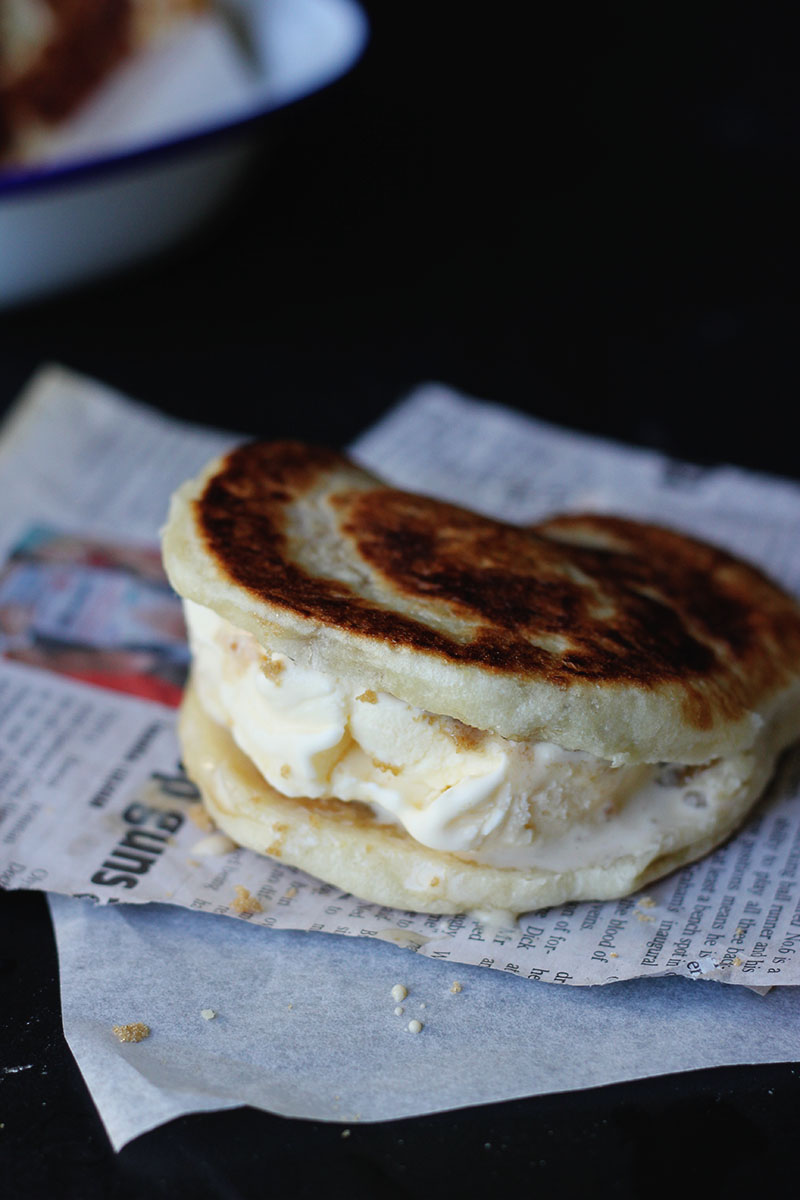 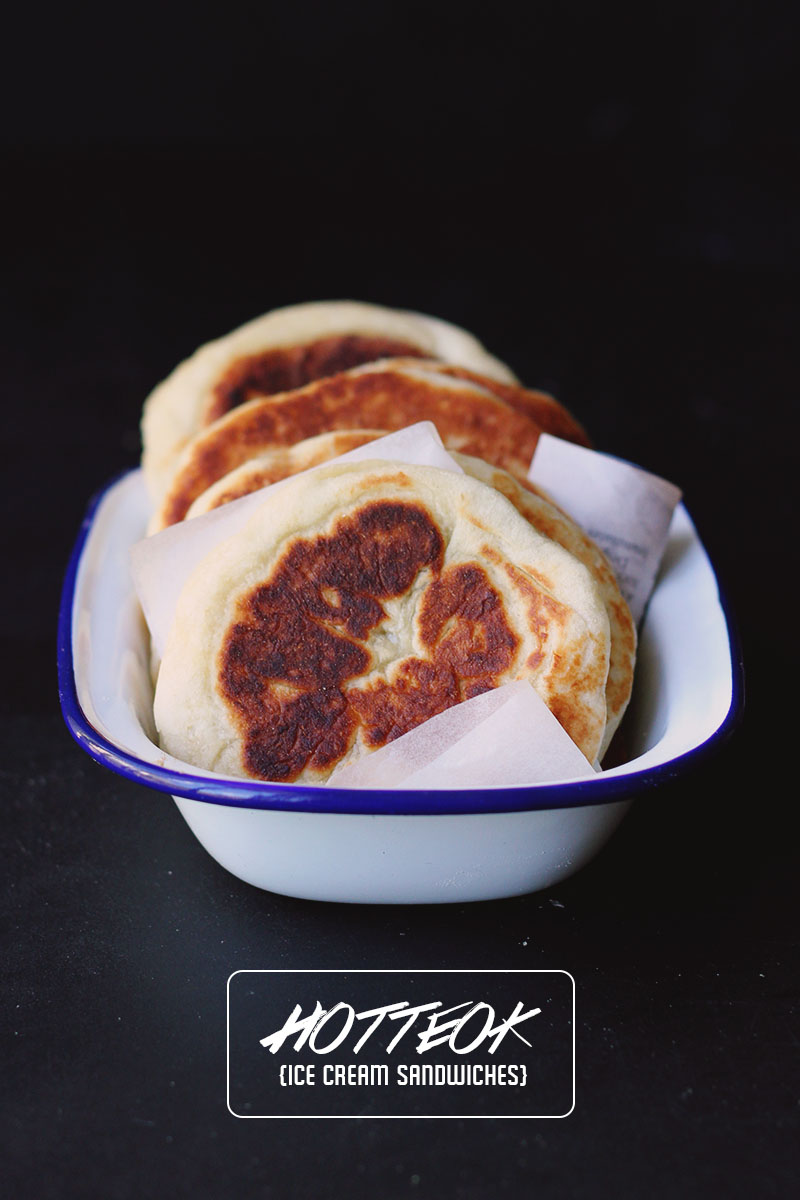