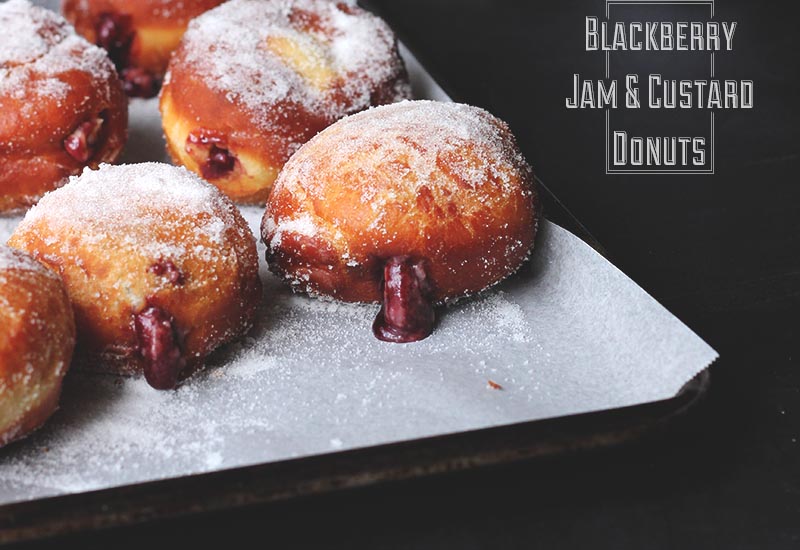 Whoever invented doughnuts, it’s fair to say, is a genius. The truth is that we will probably never know the identity of this pioneer. But that doesn’t stop me from wanting to honour their memory frequently, by frying up a batch.

And I’d like you to meet the one and only yeast donut I’m ever going to make again. 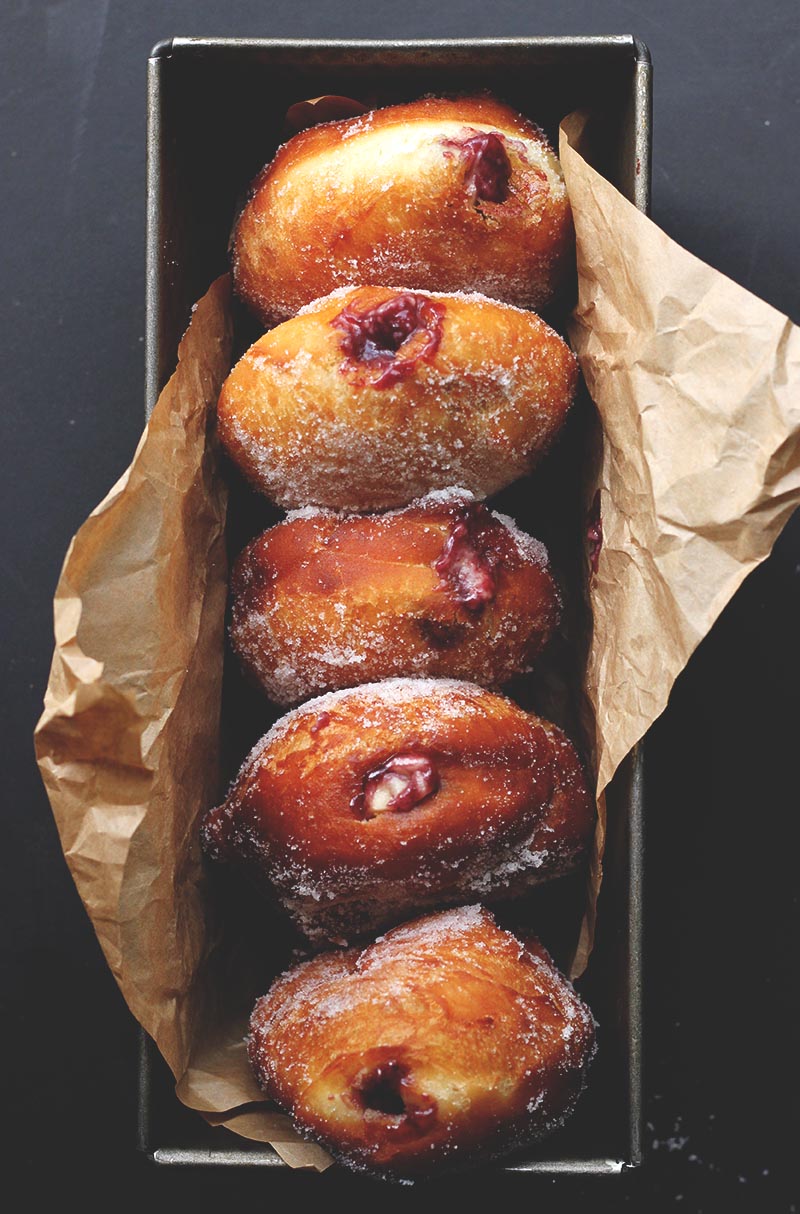 On this particular occasion I chose to stuff these puppies with a decadent pastry cream, swirled with smooth blackberry jam. Swoon.

As decadent as that filling sounds (and is) it’s the actual donut itself that is the revelation here. 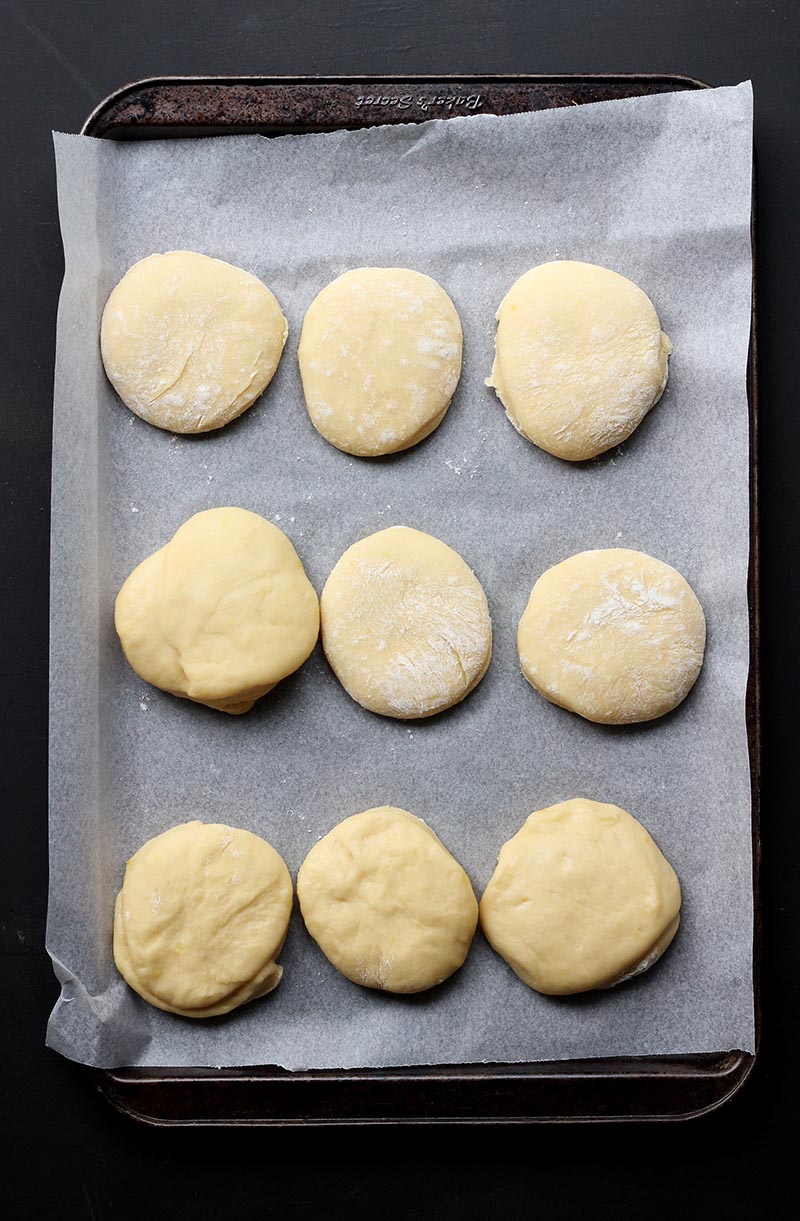 These are the lightest, most feathery-textured pillows of dough that I have ever had the pleasure of eating. No purchased donut could possibly compare to these. They are like eating yeasty, lemon-scented clouds.

The secret, I think, is using water as the main source of liquid in the dough. I know that seems counter intuitive, you’d think that more fat would make for a softer dough. But when the doughnuts hit the hot oil, the water turns to steam, causing the donuts to puff up and become ethereally light. 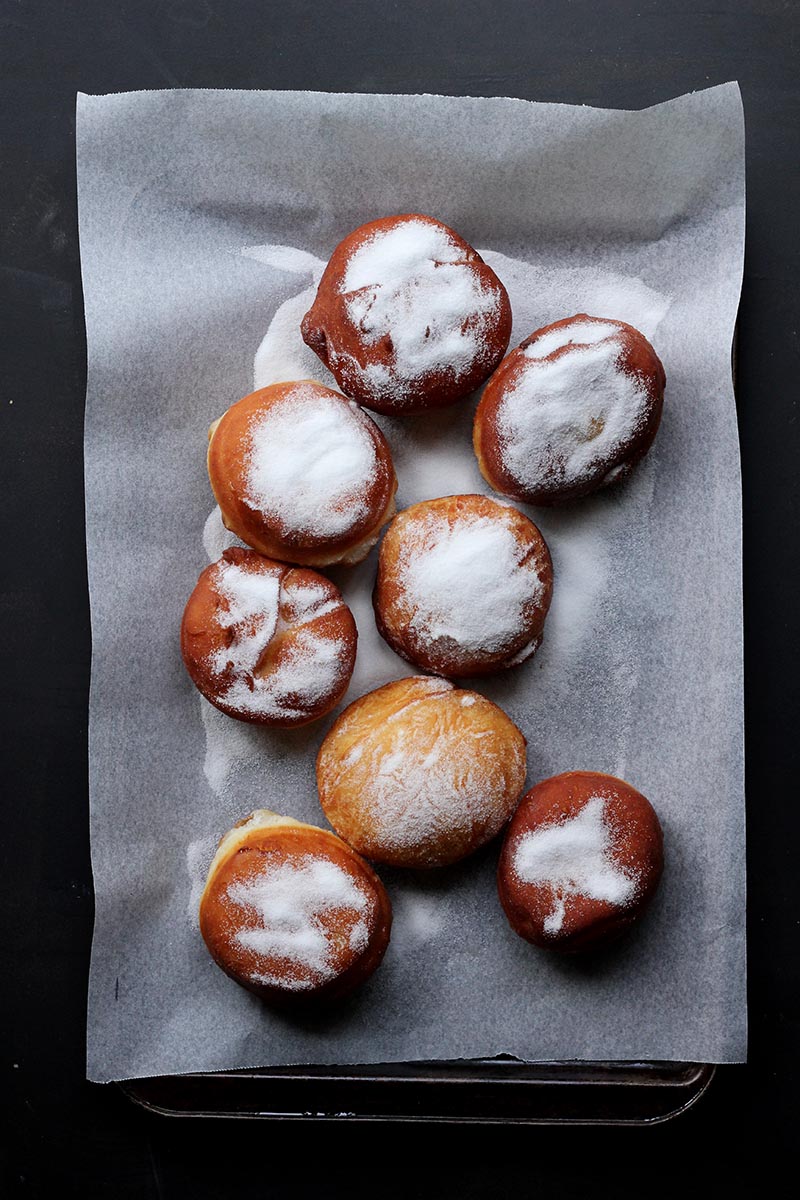 The jam and custard filling is decadent. Blackberries are one of my favourite fruits, and their sweet-tart flavour pairs perfectly with the rich vanilla custard and lemony donuts.

In such small quantities pastry cream is super easy to make, definitely nothing to be intimidated by, but you could easily just use plain jam. Or Nutella. Or any fruit compote. What I’m saying is, there’s no bad way to eat these. 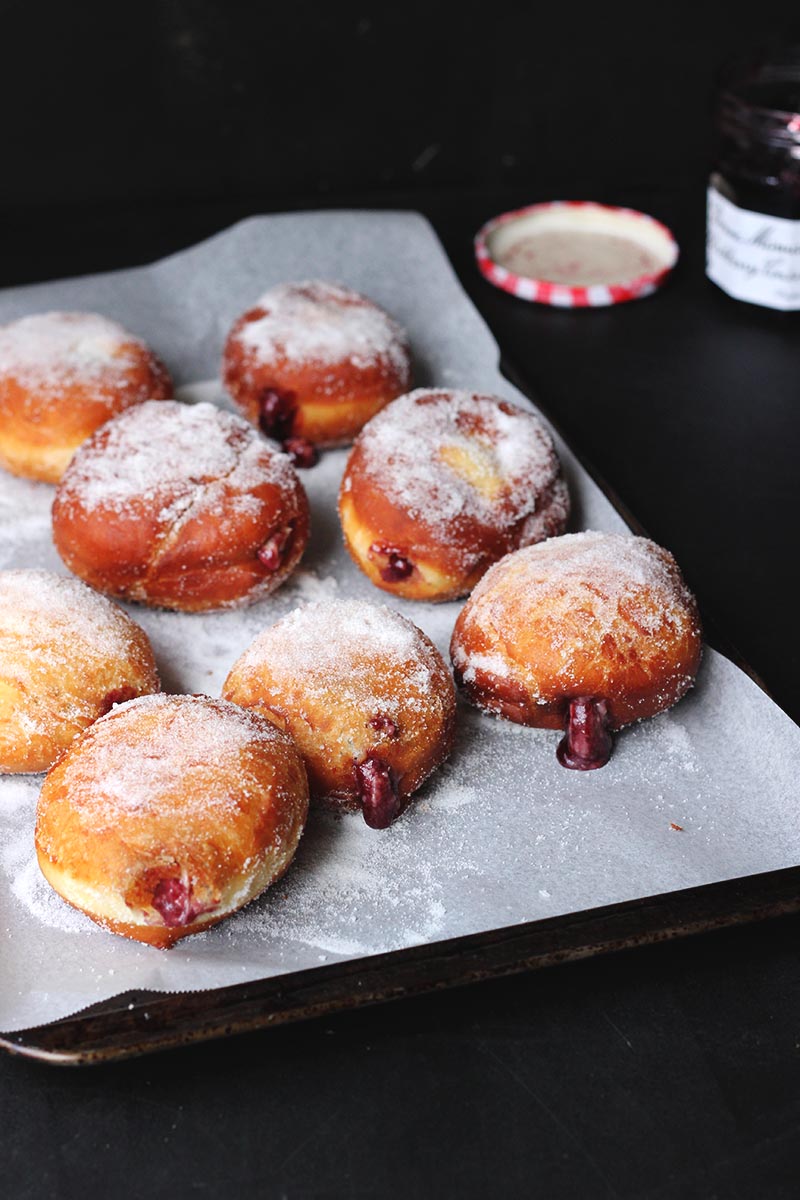 Shit, we’re grown ups – if we can’t make donuts now when can we!? Let’s live a little! 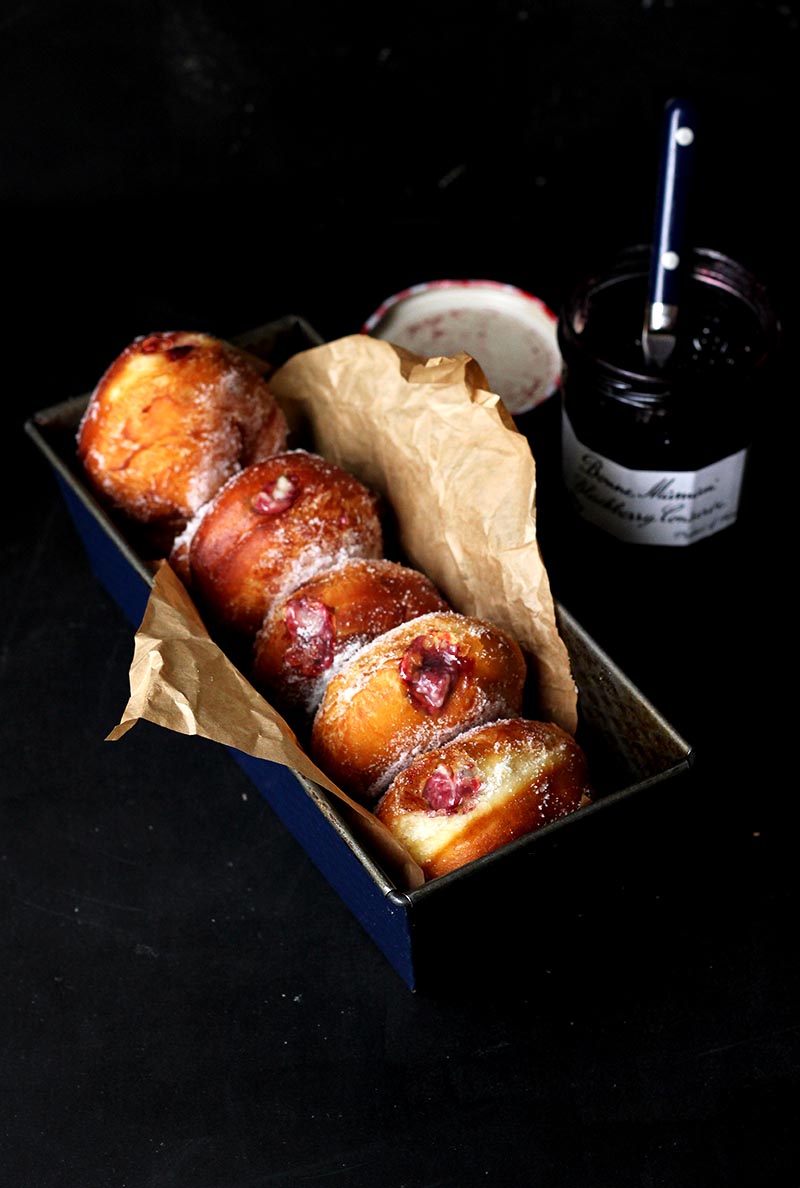 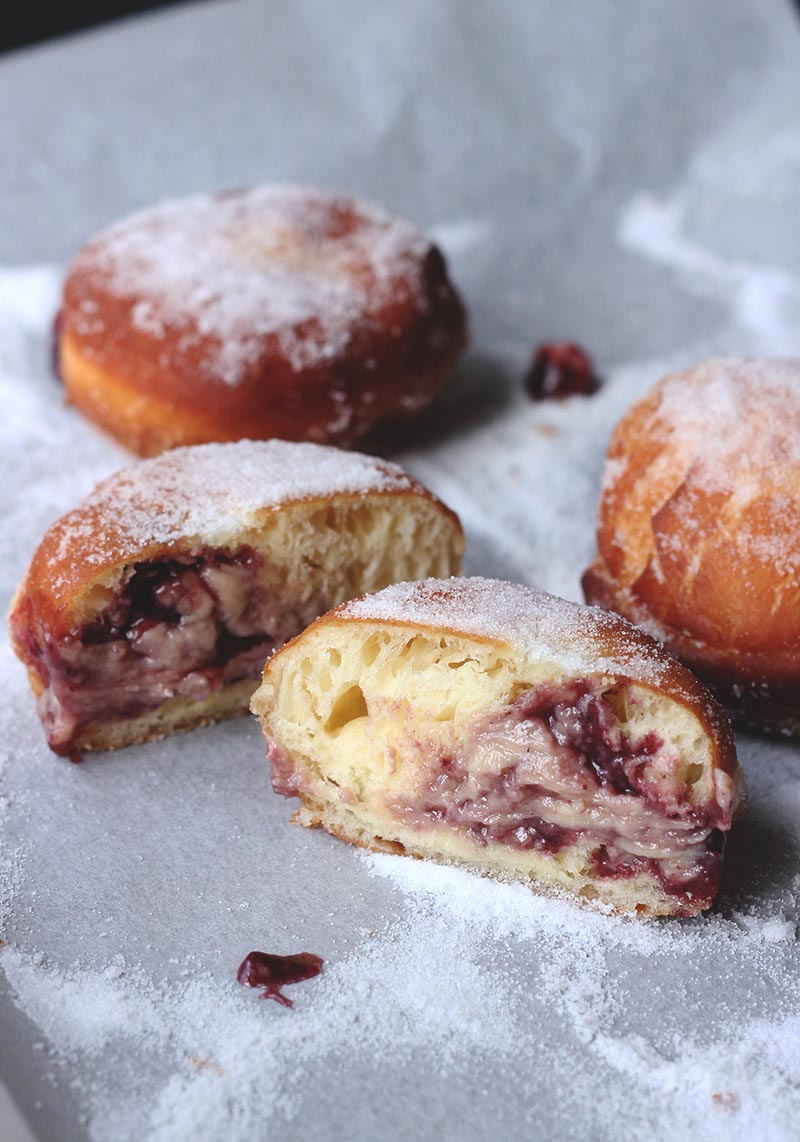