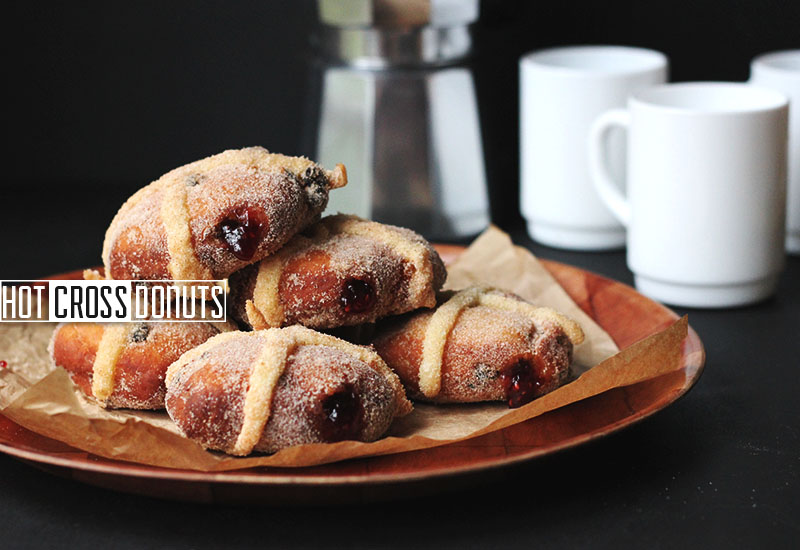 I did it! I finally did it! I couldn’t stand letting another year go by without finding out what would happen if you deep fried a hot cross bun.

You know, I’m really kicking myself for waiting this long. 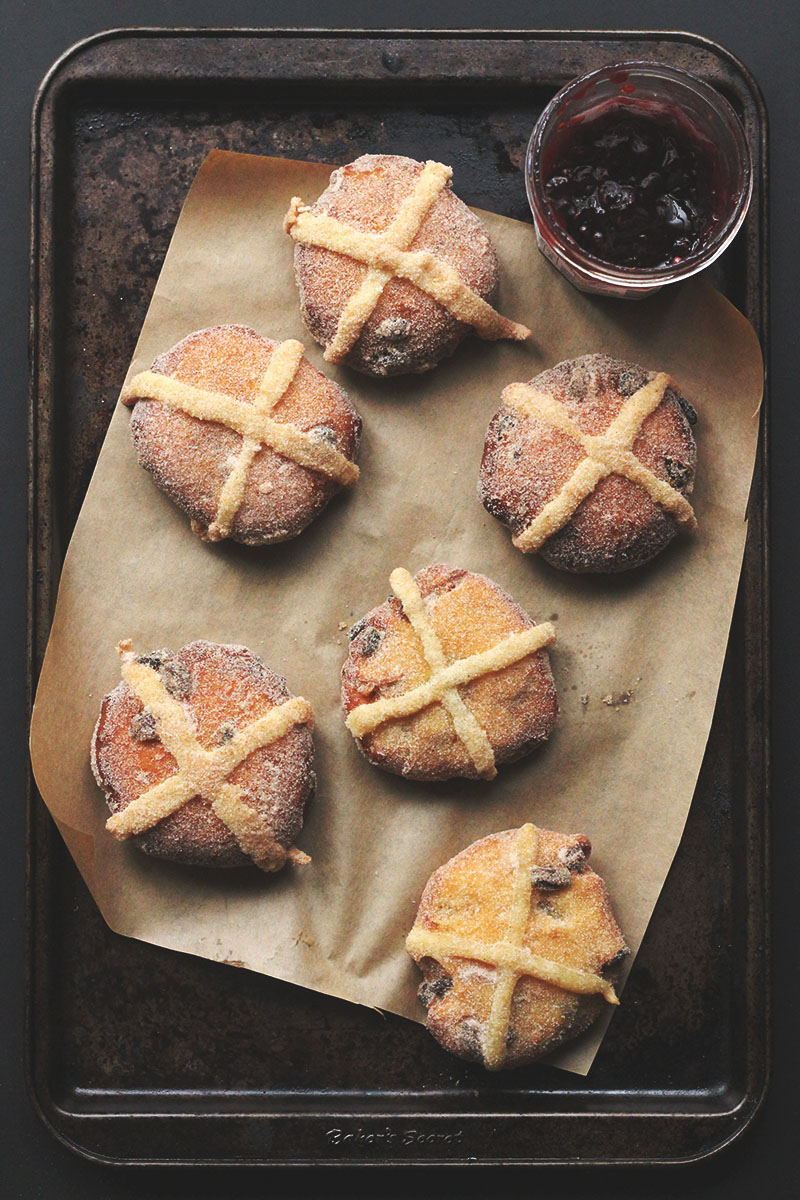 It stands to reason, doesn’t it, that a pillowy soft bun would make a delicious, pillowy soft donut? And what could be better than tossing said bun-donut into a sand-dune of cinnamon sugar and then filling it with tangy raspberry jam?

Nothing. Nothing could be better. 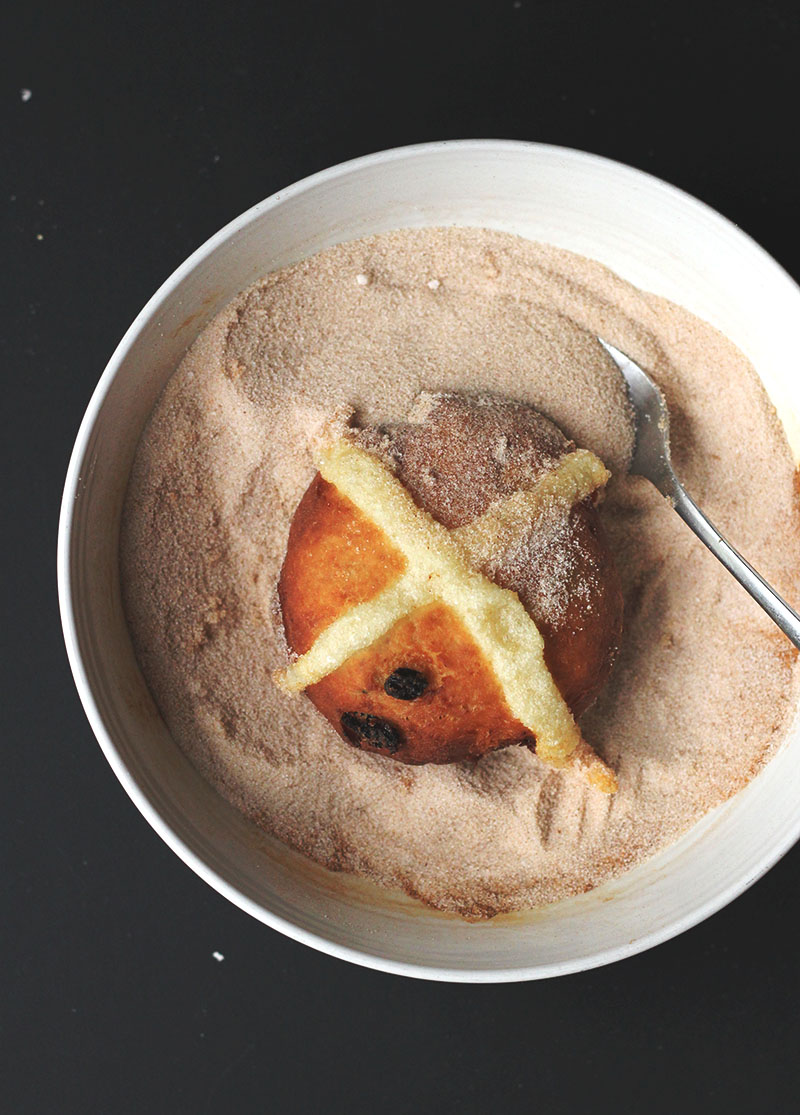 These are actually really easy to make, too. One bowl and a wooden spoon did the job just fine for me. The only slightly fraught part is the deep frying. My best advice when working with hot oil it two fold; 1) don’t be scared, and 2) use your common sense.

Of course, if you have a deep frying machine this is the perfect time to use it! If you, like me, are too scared of what might happen if you let an actual deep fryer into your house, then just grab a nice, high sided pan, fill it with a couple of inches of oil, and make sure you use one of the back burners on your stove. 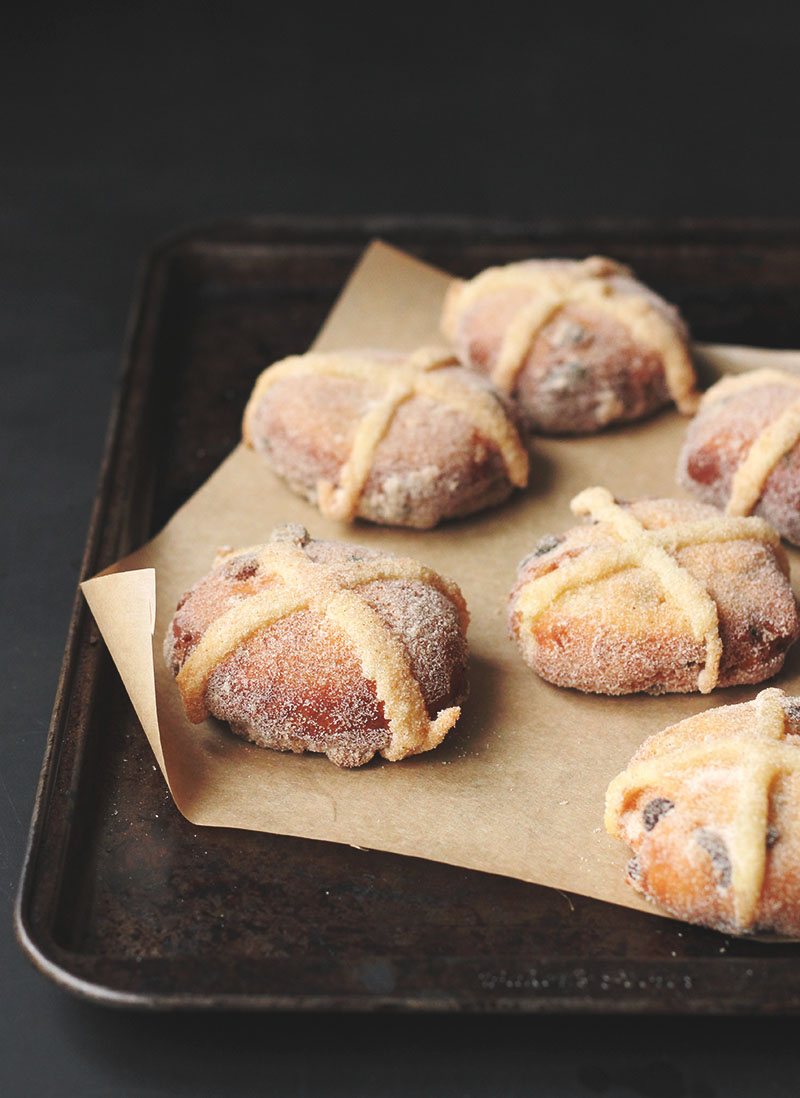 If you are going ANYWHERE for Easter – to a brunch, to a breakfast, to a lunch, to your grandma’s – then this is what you should bring with you. It’s traditional enough that people will totally get it, but different enough that they will be totally intrigued.

Plus they’re donuts. When is it ever a bad idea to bring donuts? Happy Easter, all you Easter celebrators out there! 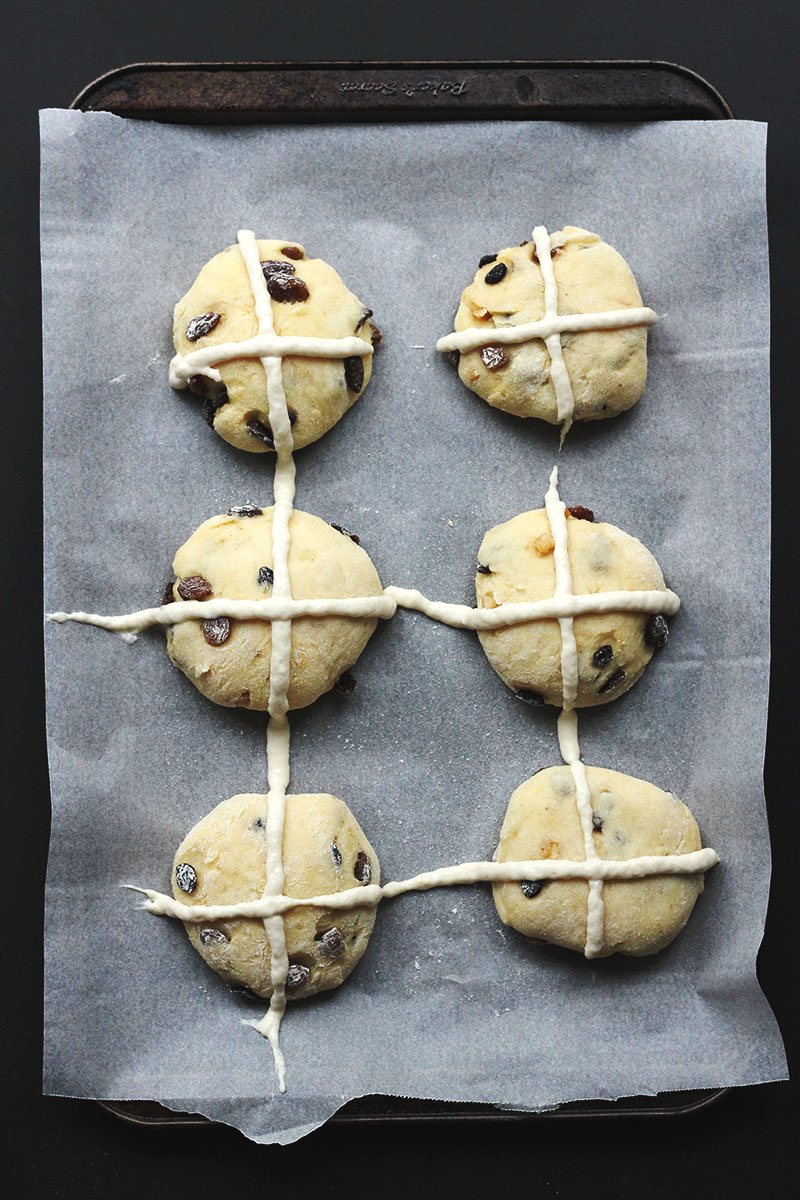 Hot Cross Donuts
Print
Exactly what you think they are.
Author: Sarah Coates
Serves: 6
Ingredients
For the dough:
For the cross:
To Serve:
Instructions
3.2.1275